KuCoin has shown some signs of development after it was placed on the crypto exchanges. But how does its price fare against the market? Learn more in this crypto analysis!

What are KuCoin Shares?

KuCoin shares were created initially as an ICO that was in its private sale stage. Its main purpose was to act as an exchange platform for users who wanted to trade cryptocurrency. Like Binance, KuCoin has been used to give users trading fees when they use their currency on their platform.

Another thing that makes KuCoin Shares interesting is its user-friendly interface. Developers created it to solve the problem of pervious exchanges, which were all too complicated for users trade unless having technical knowledge.

What are KCS Tokens?

The tokens ERC-20 in design, meaning that they are built on Ethereum's blockchain. The tokens were open for KuCoin's exchange in 2017.

KCS Tokens were distributed in three different portions and phases: 50% of the tokens were available for all users and exchanges. 15% of the tokens were given to angel investors and leaders within its ecosystem. 35% was used for the founders to help fund futures for the crypto asset. 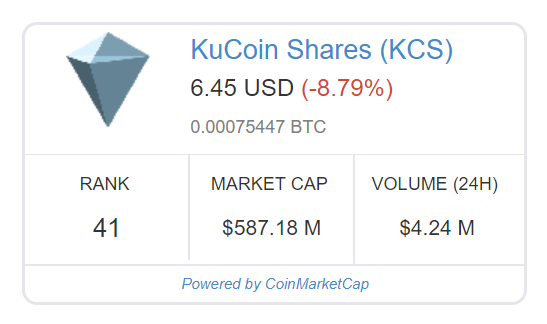 Based on Coin Market Cap, KuCoin Shares is now ranked 41 in the world. Its price is now at $6.45 USD and has a market share of $587 Million USD.

What does this mean? It means that as an exchange KuCoin Shares has started to show some signs of growth.

But that doesn't mean that it's all perfect. It has reduced in value by 8.79%. After current changes to the market, most of the cryptocurrency pairs (BTC, ETH, LTC included) have taken a massive hit.

This is due to the market attempting to correct itself. Due to the latest news, it might take some time before the prices show a positive trend. 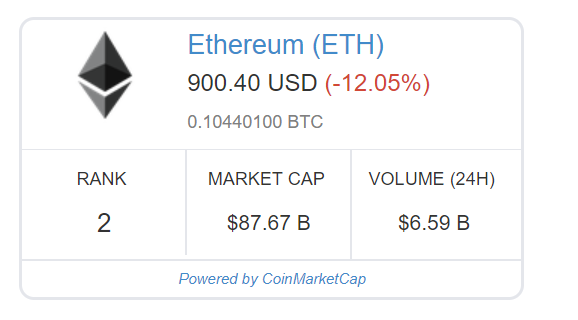 In comparison to KuCoin, Ethereum is used for a different purpose. Ethereum is used for funding projects and as a transaction token. On the other hand, KuCoin helps with exchanging cryptocurrency and getting users their assets faster than through the user of traditional exchanges.

But, Ethereum's has a larger market cap and value than KuCoin. This is because KuCoin has been on the exchanges in 2017. Ethereum has started in 2007 and has grown into the 2nd largest cryptocurrency with a market share of $87.67 Billion.

Despite their differences, each of them has shown clear signs of long-term growth within the crypto market.

To conclude, Kucoin Price is changing, but its growing in the long run. The more people who use it will determine its future value. Thus, crypto users will have to see what happens to it as it goings through the ever-changing crypto market.

Disclaimer: We are here only to provide crypto analysis and educate our readers. Don’t take this as investment advice. Buy at your own risk and speak to a specialized advisor before investing.

Related Articles
Brace for a Big Boom in Cybersecurity Here's Why It's Happening
Running Head: How to Choose right SEM Company for your Website?
Create Pure CSS 3D Model With Tridiv
Join the discussion